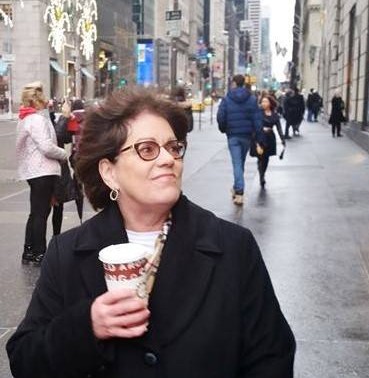 This Lent, I have had the opportunity to lead two groups for folks who wanted to dedicate time and study as part of their spiritual practices for this season. While focusing on different resources, both groups have had a conversation (or more!) about prayer and just what happens when we pray. We decided we’ve all had the experience of feeling as if our prayers haven’t even been heard, let alone answered!

There is an old parable (not in the Bible, but still rich with meaning!) that may help put our understanding of prayer in perspective.

A man was sleeping in his cabin one night when suddenly his room filled with light, and God appeared. The Lord told the man he had work for him to do, and showed him a large rock near the man’s cabin. The Lord explained that the man was to push against the rock with all his might. The man did, day after day, week after week. For many years he toiled from sun up to sundown, his shoulders set squarely against the cold, massive surface of the unmoving rock, pushing with all his might!

Each night the man returned to his cabin sore and worn out, feeling that his whole day had been spent in vain. Satan decided to enter the picture by placing thoughts into the weary mind: “You have been pushing against that rock for a long time and absolutely nothing has happened. Don’t you know that it is an impossible task? Why not just put in your time, and do the minimum amount of effort. That will be good enough.”

Feeling like a failure, the man decided maybe that’s what he should do. However, he thought that since God had asked him to do this task, he would take his failure to God and see what God wanted him to do. “Lord,” he prayed, “You know everything. You know I have been faithful to Your request. But in all this time, I have not even budged that rock even one inch. Why am I such a failure?”

Compassionately the Lord responded, “My friend, you accepted my request and were faithful to the mission that I gave you, to push against the rock with all of your strength. You have done this. But never once did I mention to you that I expected you to move it.”

“Your task was to push. Look at yourself. Your back, your muscles, your hands are stronger than when you started. You were patient and obedient to my command. Along the way you have grown in faith and wisdom. That’s why even in your discouragement, you didn’t give in to despair, but you turned to me for direction. Well done, good and faithful servant.”

I hope this parable offers you some understanding of what prayer may, and may not be, for you. And may your prayer life leave you with strong spiritual muscles and rich in wisdom and faith.